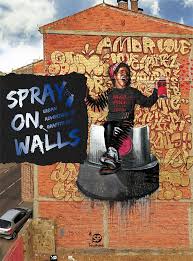 Graffiti is a form of free expression of human. Modern graffiti came into being and peaked during the second half of the 20th century, with youngster establishing their identities in the streets and artists who yearned to convey their opinions concerning social and political matters. This book starts with the history and culture of subway graffiti, the most well-known style of graffiti. Parallel with the subway graffiti, stencil graffiti, one of the most authentic form of street art will be introduced. The third chapter will pay attention to the wheatpaste graffiti which is a variant of commercial advertisement. After introducing three most important forms of graffiti, the creation process and techniques will be presented to show the readers how the actual scene of creation is for graffiti artists. Last but not least, the fifth chapter showcases a large number of graffiti works of various styles. Selling Points: 1. Text-based graffiti, stencil graffiti, wheatepaste graffiti are elaborated with abundant historical photos and drawings. 2. Interviews with well-known graffiti artists, WRDSMTH, Gonzalo Borondo, Christina Angelina, Elle and more, sharing their inspiring thoughts on graffiti. 3. Display of graffiti works of various styles.